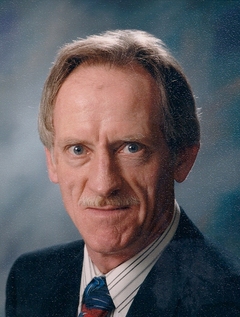 Melvin H. Ruff, 73, of Amanda, passed away on Friday, Feb. 27, 2015 at the Pickering House.  He was born Nov. 21, 1941 in Fairfield County and was the son of the late Herbert N. And Loretta M. (Smith) Ruff.  Melvin was a 1960 graduate of Amanda High School.  He served our country in both the Ohio National Guard and Air Force Reserve and was the owner of Ruff Seed Farms in Amanda.
He is survived by two children, Doug (Anna) Ruff of Amanda and Sondra (Mike) Norris of Lancaster; grandchildren, Nick and Shawn Norris, Blake, Jordan and Kevin Ruff; niece, Debbie (Frank) Cox and two nephews, Brett (Suzie) Reid and Craig (Erica) Reid.  In addition to his parents, he was preceded in death by a son, Keith Ruff; grandson, Joshua Norris and a sister, Linda Reid.
Funeral services will be held 11:00 a.m. Monday at the Taylor Funeral Home in Amanda with Chaplain Jim Ferrell officiating.  Burial will follow in Amanda Twp. Cemetery.  Friends may call from 4-8 p.m. Sunday and one hour prior to service on Monday at the funeral home.
The family would like contributions be made to FairHope Hospice, 282 Sells Rd., Lancaster, Ohio 43130.
Please visit www.mytaylorfuneralhome.com to share a memory of Melvin.
To order memorial trees or send flowers to the family in memory of Melvin H. Ruff, please visit our flower store.