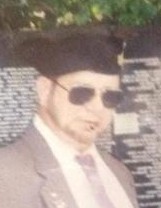 Richard E. Bigham Sr., age 75, formerly of Amanda, passed away Tuesday, August 6, 2019 at the VA Medical Center in Chillicothe. He was born July 12, 1944 in Fairfield County to the late Ernest and Rosetta (Kilbarger) Bigham. Richard was a veteran of the U.S. Army and a member of VFW Post #1380, American Legion Post #11, Military Order of the Cootie, Eagles, and the Moose Lodge. He was a four time commander of DAV Lancaster, commissioner of AMVETS Post #1985, and also served on the Lancaster Fair Festival Board. Richard was a retried heavy equipment operator, and enjoyed playing cards, hunting, fishing, and being outdoors.
He is survived by his wife of 29 years, Susan A. (Knotts) Bigham; children, Kimberly (John) Bigham-Kougher, Rebecca (Terry) Blankenship, Richard (Rachelle Krochmalmy) Bigham, Jr., and Scott (Davina) Knotts; many grandchildren and great grandchildren; as well as numerous nieces, nephews, and loved ones. In addition to his parents, Richard was preceded in death by a brother, two sisters and a number of uncles.
A grave side service will be at 11:00 am Saturday, August 10, 2019 at Wesley Chapel Cemetery on Rockmill Road with Pastor Jack Davidson officiating. Military honors provided by AMVETS Post #2256-Circleville.
The family request memorial contributions to the Taylor Funeral Home, PO Box 176,
Amanda, OH 43102 to assist with funeral expenses.

To order memorial trees or send flowers to the family in memory of Richard E. Bigham, Sr., please visit our flower store.