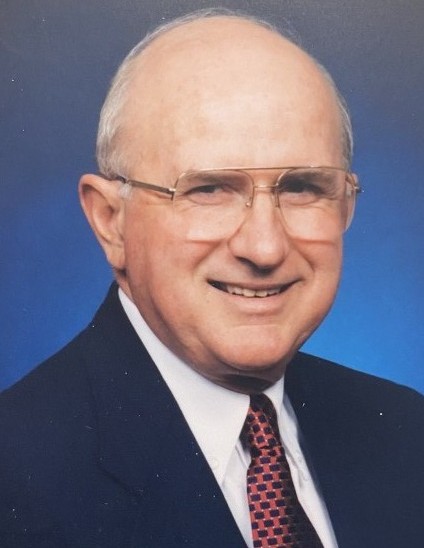 Richard E. “Rich” Troup, 80, of Lancaster, died peacefully on Monday, February 8, 2021.  He was born November 22, 1940 in Pleasantville, Ohio the son of Richard Eugene Troup and Edna (Ruffner) Troup.  Rich was a 1958 graduate of Pleasantville High School and attended The Ohio State University.  He managed the three mills owned by his family and operated as The Pleasantville Mill Company, the Thurston Elevator and the Rushville Elevator.  He especially enjoyed “harvest time” when the farmers would bring in their crops to be weighed or dried.  At age 40 he decided to obtain his real estate license and worked for C.V. Perry as a salesman.  He then opened his own brokerage known as “Rich Realty” and later as Troup Real Estate and Auction Company.  He was very involved in the State auction organization known as the Ohio Auctioneers Association.  In 2001 he was inducted into the “Ohio Auctioneers Hall of Fame” which recognized his service to the industry and the organization.   He also served as its President. Rich loved to tell stories about “What happened at the auction”.   Other organizations he belonged to were the Lancaster Jaycees, Rotary Club, Tarhe Lions, Masons and long time member of the Lancaster Men’s Chorus.  Rich was a member of St. Peter’s Lutheran Church.

Rich is survived by his wife of 55 years, Delores (Wagner) Troup whom he married June 20, 1965; children Robert (Pamela) Troup and Ryan (Vanessa) Troup;  grandsons, Thomas, Andrew and James Troup; two sisters, MaryAnne Long and Elizabeth Rogers both of South Carolina; brothers-in-law, Richard Wagner of Overland Park, KS, and Don Wagner and wife Sue of Jefferson City, MO and sister-in-law Virginia Wagner of Olathe, KS and several nieces and nephews.   He was preceded in death by his parents; Delores’ parents, Henry and Gladys Wagner and special cousins Raymond and Grace Spitler.

A private service will be held at 11:00 a.m. Friday, February 12, 2021 at Taylor-Theller Funeral Home, 111 West Main Street, Amanda with Pastor Diana Gugel officiating. The service will be available to view at the funeral home’s Facebook page at 11:00 a.m. Friday. Interment will follow at Maple Grove Cemetery. Due to the COVID Pandemic, no public visitation will be observed.

In lieu of flowers, the family asks for donations to be made to the church Rich grew up in, the Pleasantville United Methodist Church, 112 Lincoln Avenue, Pleasantville, Ohio 43148.

To send an online condolence and sign the guestbook, please visit www.mytaylorfuneralhome.com.

To order memorial trees or send flowers to the family in memory of Richard E. Troup, please visit our flower store.