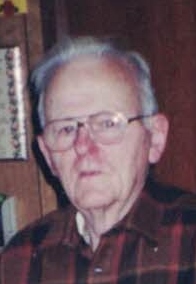 Robert Richard Turvey, 89, formerly of Tarlton, passed away on Tuesday, February 27, 2018 at Logan Elm Health Care.  He was born April 4, 1928 in Mt. Pleasant, Ohio and was the son of the late Edgar and Lenna (Diehl) Turvey Sr.  Richard was a graduate of Stoutsville High School,  member of Tarlton U.M. Church and retired from GE after 38 years of service.  He proudly served his country in the U.S. Navy.  He was a 65 yr. member of Logan Elm Lodge #624 F & AM in Kingston, member of York Rite, Shriner’s and 32nd degree Scottish Rite.  He was a former member of Adelphi Lodge #527 F & AM where he served as a past master.  Richard was also a life member of Amvets Post #2256 in Circleville.  He, along with others, help establish the Tarlton Fire Dept.
He is survived by his daughters, Elaine (David) Hampshire and Rebecca (Jim) Dixon both of Circleville and Rita Morrison of McArthur; grandchildren, Stephanie (Eric) Lauerman, Elizabeth Hampshire, Tiffany Roe, Brandon Morrison, Shylynn Hopkins, Nora Borland (James Hart), Sam Borland (Janelle Black) and Sarah Cantrell, seven great granddaughters, three great grandsons, one great great granddaughter; brother, Keith (Barb) Turvey of White Plains, NY and a sister, Gladys Hawks of Ashville and several nieces and nephews.  In addition to his parents, he was preceded in death by his wife, Ruth Turvey, son-in-law, Aldo Morrison and a brother, Edgar Turvey Jr.
Funeral services will be held 11:00 a.m. Tuesday, March 6, 2018 at the Taylor Funeral Home in Amanda with Rev. Lynn Summers officiating.  Burial will follow in Tarlton Cemetery with military honors.  Friends may call from 2-8 p.m. Monday at the funeral home with a masonic service at 8 p.m.
The family would like contributions to Heartland Hospice, 116 Morris Rd., Suite C, Circleville, Ohio 43113 or Ross County Humane Society, 2308 Lick Run Rd., Chillicothe, Ohio 45601 in Richard’s memory.

To order memorial trees or send flowers to the family in memory of Robert Richard Turvey, please visit our flower store.